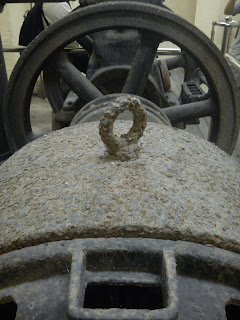 First, we'd like to let you know that Hagen Music will begin a separate series of posts that are strictly related to the details of upcoming performaces.  In our news posts, we'll be providing a rundown of performance dates coming up in the new future.  So that being said, here's the rundown! 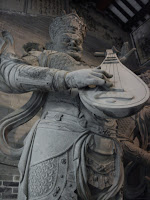 - September 3rd, Saturday 8pm:
Luguo Cafe (爐鍋咖啡), near Guandu Station.
Cost: FREE
(This date is not yet confirmed! We're hoping to do this one while our good friend, Kaiwai, is in town.)
- September 10th, Saturday with Fugue State:
POSTPONED
(To be held at the Sugar Factory in Dulan, this one has been pushed back to early October.)
- September 15th, Thursday 9pm:
Riverside (河岸留言)
Cost: NT$350
- September 29th, Thursday 10pm with Fugue State:
Sappho - Live Jazz Bar
Cost: TBA
- * August 29th, Monday 9:30pm: Riverside (河岸留言)
Cost: 1-drink minimum, NT$150
(This is for the open-mic, but on this night Brent will likely be performing a couple of his songs with friend and drummer, Daniel St. Clair! A preview of things to come, perhaps...) 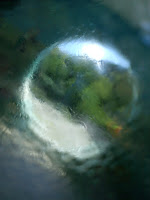 - a new banner (in time, we'd like to improve and develop the look of the website to better represent Brent's particular vision)
- "Share Hagen Music" buttons (LIKE, TWEET and SHARE Hagen Music with your friends right away!)
- LABELS (go straight to our posts that feature MUSIC, VIDEOS, NEWS and PERFORMANCE updates)
- a new profile in Chinese and English (新中文的小傳)

Look forward to more changes to take place slowly as we can fit them into our busy schedule (and learn how to make them!).


3. COLLABORATIONS:
Brent's collaborative work has been particularly fruitful recently. First, if you haven't heard it yet or want to hear it again, check out our recent collaboration with Mr. Aaron Kraft and Terry Luan: "City Hunter (城市哥)" We've got lots of things in the works still with Terry entering our songs and videos into various competitions and everyone contributing different musical ideas.  Brent has "resurrected" an older song of his own, which he hopes these guys can polish into another fine musical gem.
Fugue State, a band featuring Brent's good friend and long-time collaborator Khiel Jeffcoat, is also keep Brent very busy with regular rehearsals and future gigs.  Brent is primarily playing bass (any tips, Aaron?) with FS, though will also be adding vocal harmonies and percussion to a song or two.  It's been a real challenge but plenty of fun.  We hope you can hear some of Fugue State's music in the near future as well.
And introducing on drums... Daniel St. Clair!  Recently, Brent has been jamming with Daniel and he's hoping to play along on a few tunes in the future.  Look for Daniel joining Brent at Riverside in the next couple of weeks!
Best of all, Brent has recorded a couple of new tracks with brother Kyle; the two songs they've worked on are "Time Will Tell" and "The Good Times Always Get the Best of Me" which they performed recently at Luguo Cafe (爐鍋咖啡) and Riverside (河岸留言) .  We think they sound pretty good considering the little time and resources Brent and Kyle had.  Of course, Hagen Music emphasizes quality song-writing above all else! (Because we can't afford a lot more at this point. :^p) 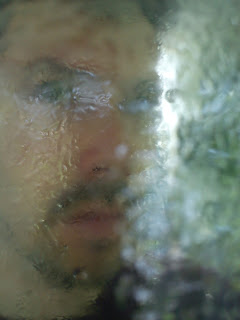 Until next time, from Hagen Music, don't let the good times get the best of you!

All four images above were taken in Macau (SAR), China:
Image 1 was taken inside the Fort on Guia Hill - a picture of the generator they used when the fort was still active.
Image 2 was taken at Kun Iam Temple - a picture of one the many temple gods, I'm guessing it's the God of Rock.
Images 3 and 4 were also taken on Guia Hill.

Email ThisBlogThis!Share to TwitterShare to FacebookShare to Pinterest
Labels: NEWS