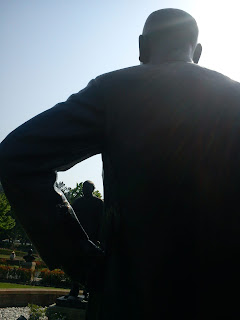 1. UPCOMING PERFORMANCES:  First a reminder that Brent will be having his true debut performance in Taiwan on June 26th at Riverside Music Cafe (河岸留言).  For more details, just follow the link to Riverside's Music Calendar, scroll down to the date where you'll see Brent's pic and click! The set list has been worked out and will feature almost entirely original material.  We hope to see you there!


In addition to that, Brent will also be playing at Revolver for their "Sit Down and Shut the @#$% Up" Show on Thursday June 30th.  This will be a short-set (3 songs) but many other cool artists will be performing, so check it out.  Only NT$150 to enter!


There is a third performance to mention, but more on that in the "Making Connections" segment...


2. ANOTHER COMPETITION:  Once again, Brent is working on music for a competition a preview of which you can listen to on Soundcloud (LISTEN NOW!).  This particular competition was brought to Brent's attention by a young Taiwanese hiphop artist, Terry Luan, or  有危青年 (DangerYoung).  He's posted a video on YouTube so you can get an idea of what he sounds like.


Not only has Brent been working with Terry, but this track gave an opportunity to work with a not-so-old friend and former bandmate, Aaron Kraft, who is one of the best bass-players Brent has ever had the pleasure to make music with.  Aaron is currently based in Suzhou, China and performs with the band, The Surging Waves.  Many moons ago,  Aaron and Brent were in band known first as "Ahimsa" and later as "Uncle Moonshine".  Check out one of those perfomances here!


A video for Discovery Channel Taiwan will be the end result of this competition, so look forward to that.  Filming begins this weekend!


3. MORE NEW MUSIC:  Apart from the song with Terry,  Brent has also written lyrics for a tune written by Aaron.  He'll be arranging and recording the vocals for it in the near future.  If Aaron approves, we'll be sharing it with you here on Hagen Music.


Also, Brent has just today recorded a demo for a new song titled "I'll Sleep When I Die"  - Brent has been very busy lately! - which is a Dylan-esque country blues.   Not long ago, Brent saw Bob Dylan's performance here in Taiwan and had been listening to as many Dylan albums as he could get his hands on.  Later, on a night when Brent was having trouble sleeping, this song spilled out, but it's less about Brent being busy than Brent's feelings about the current state of his birthplace, the U.S.A.  A suitable subtitle would be "Death of the Middle Class Blues".  We'll be posting the demo in the next couple of days.


4.  MAKING CONNECTIONS:  As promised, there will be a feature soon on some very cool people that Brent has gotten to know and work with recently, just not until Brent catches up on his sleep.


Apart from that, we wanted to mention an another performance that Brent will be doing next Monday. (This event is so sudden that even we don't know the details!)  The cool thing is that the performance is at the invitation of a very well-respected Taiwanese artist, not to mention a very cool guy.


Recently, Brent has gotten to know Xiao Qing-yang of Shout Visual Studios (click to see his English website or read about it here) while helping him with his English.  To be invited by Xiao Qing-yang (or Shout, his English name) to perform at an event is a big honor.  Brent wanted to acknowledge and thank Shout for his invitation and is looking forward to it with anticipation.

That's all the news for now!  See you next time! 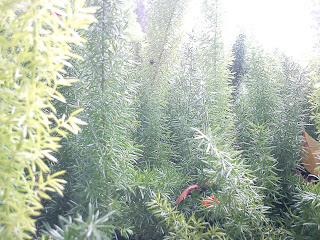 For more information, contact us at: brent@hagenmusic.net
Posted by Daniel Hagen at 9:53 AM