The current news from Hagen Music: 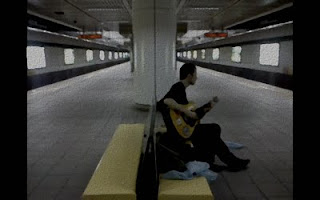 1. THE AI COMPETITION: First, the bad news.  "Carry On" was not selected as a winner of either category for Amnesty International Taiwan's "Voice for Freedom" Songwriting Competition.  (You can see the results here. ) While it's a little disappointing not to have won, Brent is very happy with the song that resulted from this and very happy for all the help that he had in recording.  "Carry On" came in at second for the popular vote, so Brent would like to thank everyone that took the time to vote.  Thank you, thank you, thank you!
2.  LIVE PERFORMANCES: On to some good news!  Brent's first publicly promoted performance will be on Sunday June 26th at Riverside Music Cafe (河岸留言)!  (Scroll down to find Brent's date and click on the picture for more info.)  This will be a one-hour set; the performance begins at 9pm and costs NT$350.  Brent will be opening for "Baba Band" (Here's a video of one of their performances at Ted x Taipei.) It's going to be a good night, so bring your friends and come hear some great music!
Hagen Music is hoping that we will have Brent's first CD available in time for this performance.  Keep your fingers crossed!
3.  VIDEO:  As a preview for the upcoming performance,  Hagen Music has uploaded a video from a recent performance at Riverside.  The song is "Truth Comes" by Kyle Scheihagen.  Click here to view the video.
4.  MAKING CONNECTIONS:  As requested by Dallas, the profile on him will be delayed until he is ready to relaunch his website, but - don't worry - it will be coming soon!  Dallas is currently testing out the new changes he's made and will be ready to unveil his newly updated website (www.themonkeyzone.com) in the next couple of weeks.
Also, Brent had the pleasure of meeting Gelresai, another Taiwanese singer-songwriter here in Taiwan.  Brent was introduced to his music a couple of years ago via the film "Who is Singing There?" about the band, Totem. He was one half of Echo GS with Totem's singer, Suming, who is also in the Baba Band video linked above. You can check out some of Gelresai's music on YouTube.  He will be performing soon, Tuesday June 14th, here in Taipei.  More details soon as we find them out!
That's all the current news of note from Hagen Music.  Lots of stuff is in the works - a song here and there - so look forward to seeing and hearing more!  Thanks for listening! 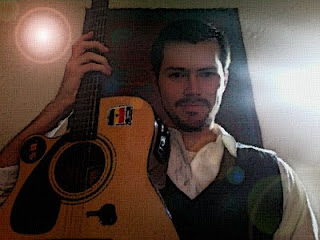