1. Upcoming Performances
2. Continued Collaborations
3. New Changes to www.hagenmusic.net
4. In the Future
5. A Reminder: Sign up!

1. UPCOMING PERFORMANCES:  As of now, there are three major performances in the near future for Brent.

- The first will be a free show at Luguo Cafe (爐鍋咖啡) near Guandu MRT Station.  Music is still being planned but look forward to at least one guest appearance by Fugue State's Khiel Jeffcoat.  Another Kyle (!) may be coaxed into singing a song or two of his own ... (Hint: "Truth Comes")
Location: Luguo Cafe (爐鍋咖啡) - this link includes the address and other info
Date/Time: Saturday 30th July, 8:30pm
Cost: FREE
Duration: 90 minutes of original music and a few covers.
This show is in part a farewell show for Brent's good friend and supporter, Dallas Bluth, who will be returning to the states to promote his educational website - "The Monkey Zone".  Dallas will be sorely missed so we're hoping to send him off with the best of memories and wishes for a safe journey and successful future.
- The second will be a show in Dulan (north of Taidong, Taipei - FIRST SHOW OUT OF TAIPEI!) with friends Khiel, Marco and Lance of the band 'Fugue State'.  Details still to come, but likely Brent will be performing some of his own material as well as performing alongside Fugue State.  We're REALLY excited about this one, because Dulan is one the most beautiful small towns in Taiwan and home to many Taiwanese artists.
Location: TBA
Date/Time: Saturday 10th September, 9pm
Cost: TBA
Duration:TBA
- The third show will be a return appearance at Riverside Music Cafe (河岸留言) in Gongguan. We're hoping the weather will be a bit nicer than last time!  The date is yet 'To Be Announced' but will be later in September.
Location: Riverside Music Cafe (河岸留言) - this link includes the map

Date/Time: TBA September 9pm
Cost: NT$350
Duration: 1 hour
2. CONTINUED COLLABORATIONS:  Brent has continued to work with Terry Luan and Aaron Kraft on new music as well as entering "探索。臺灣 (Discover Taiwan)" into other competitions.  Recently, Aaron gave an instrumental piece of music to Brent and Terry to add vocals to.  We're hoping to have it finished by the end of the month. 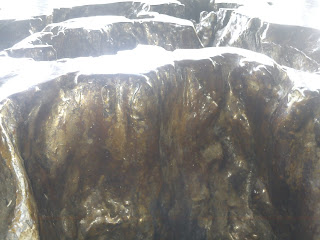 Additionally, Brent has been working with a Columbian musician/composer living in Taiwan by the name of Fabian "Fao" Torres.  Fao is an accomplished electronic and traditional music composer and working with him has been a lot of fun for Brent; the work is more experimental, groove-oriented electronic fare.  It's another side of Brent's music that he has not had the opportunity to explore in many years.  We hope you'll like what we've been coming up with!
It's goes without saying that Brent has also been collaborating with long-time friend, Khiel Jeffcoat, and is looking forward to collaborating with the rest of Fugue State in the near future.
3. CHANGES TO WWW.HAGENMUSIC.NET:  We've recently made a few changes and updates to the website, including the following -
1) A revision of the first post featuring 'Tap Out'
2) Changes to the FAN LINKS page
3) A MUSIC 音樂 page with quick links to all the songs on Sound Cloud and
4) A VIDEOS 錄影 page featuring all of the videos from Brent's "52 Songs in 52 Weeks" project, covers, live performances and collaborations; also check out the most recently added video from Hagen Music.
5) We've tried to make COMMENTS easier, so if you feel inclined, leave us a message and tell us what you think about our current post or an earlier work.
Brent will be doing his best to learn more about how to improve the look and navigation of the website, but most importantly, he hopes to provide with better and better music!
4. IN THE FUTURE:  Some may have noticed that the posts have been a bit fewer lately, this being only the second post in July.  Brent has only recently finished his employment at a school here in Taipei, so that he may change to the required documentation that will allow him to start attending university here in Taiwan beginning in September.  Brent has been busy taking care of the necessary details of the change and planning as well as tying up all the loose ends with his previous employer. 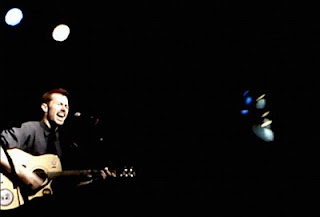 That being said, along with the new additions to the website, Brent hopes to be providing you with more music, videos, visual art, etc. during his period of freedom (August) until school begins.  After he begins studying Chinese, you may see fewer posts but we hope to be posting at least a few times a month.  And, of course, Brent hopes to continue performing regularly as well as collaborating and making new works of art to share with you.
5. A REMINDER:  Finally, we want to remind you that you can SIGN UP VIA EMAIL on our home page to receive new posts directly as they are added to the site, so you will get all the latest music, videos and news instantly!
And, of course, if you have Facebook, come visit us and LIKE HAGEN MUSIC!  That way you'll get more performance information and direct invitations to Brent's performances and other events.
Posted by Daniel Hagen at 5:41 AM