New from Hagen Music: "Morning" ... plus 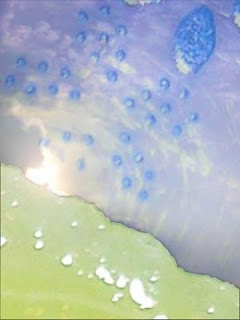 As the morning sun was shining
bright upon your face,
were you wondering how or where
you'd ever find your place?


Daylight again
guiding your way
when you thought you were alone

Daylight again
leading you away
bringing you back home

When you think that you’re alone,
I will always be right here.
No matter which way we go,
it’s you I hold so dear.

No matter which way we go,
it’s you I hold so dear.

The music for "Morning" was originally composed sometime in 1997, with the lyrics having been composed on the 23rd of November, 1997, in an airplane en route to Taiwan over the Pacific Ocean.

I was only 17 at the time, so this was one of several early songs in my repertoire, but one of the few to have actually survived until today.  It helps that the lyric, while not being particularly original or innovative, is quite simple and direct.  What's more, it doesn't suffer from any of the awkward turns of phrase or ill-placed words that many of my other early songs did.

I'd like to offer this song up as an example of how I was growing as a songwriter.  Much like any artist, one learns from ones teachers and the masters they admire by studying their technique as well as by modeling their works.  There's no song that I've written that I couldn't point to at least one external influence (be it another song or a book or film, etc.) though most would require that I point these connections out to you... and I won't, with rare exceptions. "Morning," then, is one such exception.

Because it is such an 'old' song by my standards, going back 15 years to the day now, I thought it might be of passing interest to anyone curious about the creative process. (But, to be honest, it may be my own self-indulgence at work.) "Morning" can be regarded mostly as a product of the inspiration of two songs: "Taken at All" and "Daylight Again"; with a distant third song being "Just trying to be."

The first song - "Taken at All" - , recorded (in this version) by Crosby, Stills, Nash & Young, is the most important as the form for "Morning" borrows directly from this song (with the exception being the final section of "Morning," which was added in 2009).  There is an instrumental opening followed by a verse sung in two-part harmony, a chorus, an instrumental verse, a second chorus which dovetails into a second and final verse.  The second verse of "Morning" is similarly extended.  Furthermore, the general mood of "Morning" borrows heavily from what I consider to be one of CSNY's most poignant and beautiful songs.

The second song - "Daylight Again" - , recorded by Crosby, Stills & Nash, is borrowed from in a less significant way, but no less obviously when pointed out.  Here, the influence is limited to the use of the title as a key lyric in "Morning." Clearly, at the time, I was listening heavily to this particular group and its various permutations.  Their music is significant in another way; for whatever reason, I was particularly enamored with the music of David Crosby to the extent that I would try to sing along with his part on their songs.  This was especially challenging as he usually sang the middle (and, therefore, most-difficult-to-distinguish) harmony. Many were the days of my youth spent attentively listening, singing and pacing around the room trying to hear each note correctly.  Listen to either of these songs and you will understand how good they were at vocal harmony.

Finally, the third song - "Just trying to be" - , recorded by Jethro Tull, plays the least significant role (as well as the most recent).  Not feeling up to the task of creating guitar solos up to the level of Stills or Young (as if I could ever!), I remembered how much I liked the sound of the celeste as used in songs such as "Just trying to be." Not having one on hand, I did my best to approximate the sound using a combination of midi sounds when completing the song over the past few weeks.


There, then, is a glimpse into how this song was born, the progeny of my own mind and the inspiration provided by the music of those I admired.  To be inspired by our teachers, our experiences, and the world around us: so it is with me, so it is with all artists.  After all, there's nothing new beneath the sun. ;^)
Posted by Daniel Hagen at 11:48 PM